Home » Past Events » The Fat Tones 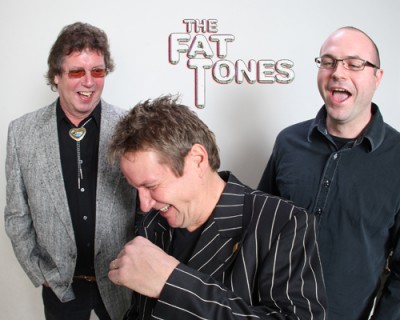 Stealing the show at major music venues, blowing away audiences, and winning award after award—both collectively and individually—is what the music industry has come to expect from the Fat Tones. Sometimes fate allows all the puzzle pieces to fall into place just the way we want them to, and that is exactly what happened one fruitful night at a club in Spokane, Washington a few years back. Bobby Patterson (Lead Guitar), Bob Ehrgott (Bass Guitar), and Michael Hayes (Drums) got into a jam that electrified the audience and had them screaming “Encore!”

Since then, the Fat Tones’ musical skills have evolved into a high-impact, progressive fusion of Blues and Rock that leaves their audiences begging for more. Precise synergy of rhythm, percussion and world class guitar playing, topped off with fun, fresh lyrics and perfectly blended 3-part harmonies is what this band consistently delivers.

From the release of their CD Bomb Run, to the ground-breaking Three, followed by the impressive Struttin’, succeeded by $50 & Free Beer, and their recent release of Everybody Must Get Toned!, The Fat Tones have made noteworthy advances in defining their own witty and creative brand of modern blues/rock music.